New York, NY...The 2021 : New Museum Triennial, Soft Water Hard Stone, brings together works across mediums by forty artists and collectives living and working in twenty-three countries. On view from October 28, 2021 to January 23, 2022, and now in its fifth installment, the exhibition is co-curated by Margot Norton, Allen and Lola Goldring Curator at the New Museum, and Jamillah James, Senior Curator, The Institute of Contemporary Art, Los Angeles (ICA LA), and presents new and recent work by a majority of artists who are exhibiting in a U.S. museum for the first time.

The title of the 2021 Triennial, “Soft Water Hard Stone,” is taken from a Brazilian proverb, versions of which are found across cultures: Água mole em pedra dura, tanto bate atéque fura Soft water on hard stone hits until it bores a hole The proverb can be said to have two meanings: if one persists long enough, the desired effect can eventually be achieved; and time can destroy even the most perceptibly solid materials.

The title speaks to ideas of resilience and perseverance, and the impact that an insistent yet discrete gesture can have over time. It also provides a metaphor for resistance, since water— constantly flowing and transient material—s capable of eventually dissolving stone— substance associated with permanence, but also composed of tiny particles that can collapse under pressure.

In this moment of profound change, where structures once thought to be stable are disintegrating or on the edge of collapse, the 2021 Triennial recognizes artists re-envisioning traditional models, materials, and techniques beyond established paradigms. Their works exalt states of transformation, calling attention to the malleability of structures, porous and unstable surfaces, and the fluid and adaptable qualities of both technological and organic mediums.

Throughout the exhibition, artists address the regenerative capabilities of the natural world and our inseparable relationship to it, and grapple with entrenched legacies of colonialism, displacement, and violence. Their works look back at overlooked histories and artistic traditions, while at the same time look forward to the creative potential that might give dysfunctional or discarded remains new life. It is through their reconfigurations and reimaginings that we are reminded not only of our temporality but of our adaptability—undamental characteristics we share, and which keep us human.

The proverb that gives the exhibition its title was the inspiration for a work by Gabriela Mureb, Machine #4 – stone (ground) (2017). The work consists of a small motor that activates an aluminum rod that repeatedly hits a stone in a steady staccato. Over time, the rod will eventually bore a hole in the stone, creating a fine powder that accumulates and dissolves into the surrounding atmosphere. Depending on the duration of the work’ display, this hole will alter the stone’ weight, potentially causing it to topple over. One of the smallest works included in the exhibition, the piece provides a potent metaphor for ideas surrounding determination, reciprocity, and revolution, as the antique motor steadily hums.

A number of artists in the exhibition including Ann Greene Kelly, Blair Saxon-Hill, and Bronwyn Katz, collect and alter found objects, producing sculptures that transcend the banality of their content. Samara Scott will transform the glass façade of the New Museum with Lonely Planet (2021), a site-specific installation composed of organic materials and everyday debris. Scott’ alchemical explorations, which she describes as being about “utation, rot, and change,”result in vibrant, viscous abstractions, layering and collaging liquids like fabric softener, energy drinks, and hair gel with items such as old T-shirts, cigarette butts, and broken jewelry. Nadia Belerique’ HOLDINGS (2020–ongoing) is a series of white plastic barrels commonly used to send goods and gifts as cargo across seas. In this work, each barrel becomes a frame or vessel for compositions of liquids, photographs, and object assemblages outfitted with lens-like stained-glass coverings. The translucency of the glass and the stacked barrels produces a porous wall through which her objects can be looked at and through—xisting simultaneously inside and outside, the shifting light changing them throughout the day.

Other artists, such as Angelika Loderer, Jes Fan, and Iris Touliatou, present works that shift, dissolve, decay, transmute, and fade away. Tómas Díaz Cedeño’1000 años (2019) is a stalactitelike arrangement of poured concrete sculptures connected to an irrigation system, which sends drops of water down the chains and concrete to pool into ceramic bases. Like the exhibition’ titular proverb, the water slowly dissolves particles in the concrete and seeps into its structure, keeping it in a state of gradual yet persistent transformation.

Within “oft Water Hard Stone,”many works directly interplay with the gallery architecture, affecting the viewer’ physical experience of the space and objects in relation to their bodies. Laurie Kang’ Great Shuttle (2020–21) replaces the typical temporary drywall traditionally used in museums, dividing the exhibition space with flexible track and steel studs affixed with continually sensitive, unprocessed photographic film that will shift over time. This relationship between architecture and the body is taken up in many other works that portray the built environment as an extension of our own corporeality, including Yu Ji’ Flesh in Stone series (2012–ongoing), Krista Clark’ Annotations on Shelter (2021), and a new work by Kate Cooper.

Clay Theory (2019), a stereoscopic 3D film by Amalie Smith delves into the profound connections that exist between humans and the Earth, as well as the concept of artificial life. In the work, Smith speaks to scientists about the DNA compositions of the human body and clay, and to art historians about ancient Cypriot terracotta figures that were once thought to be alive. Hera Büyüktaşcıyan’ Nothing Further Beyond (2021), Gaëlle Choisne’ Temple of love – Love to love (2021), and a new large-scale panoramic painting by Ambera Wellmann also consider ideas of fluid boundaries and hybridity.

For some artists in the exhibition, a complex materiality emerges, one invested in local contexts and personal histories. A suite of tabletop sculptures by Kahlil Robert Irving appears as ordinary materials and refuse, but are produced entirely in ceramic, and are imprinted with the residues of time and the post-industrial American city. Nickola Pottinger’ paper pulp wall reliefs incorporate found scraps of paper, torn parts of earlier works, broken ceramics, and organic materials, as well as brightly colored, graphic drawings atop the heavily textured surfaces. Erin Jane Nelson’ ceramics, which collage found and archival photographs and collected elements from the natural world, meditate on the ongoing climate crisis, while painter Christina Pataialii’ large-scale, abstract paintings on cotton drop cloth evoke issues of class and labor through the lens of familial history and migration.

Other artists, including Kang Seung Lee and Rose Salane, create new forms of archives as an act of recuperation, reconciling under-recognized histories through materials or re-presentation. As I Lay Dying (2021), a series of eight new paintings by Cynthia Daignault depicts “itness trees”in the American South, the remaining survivors and witnesses of the Civil War and the Jim Crow era, and symbols of generational trauma that still resonate today. Tanya Lukin Linklater’ An amplification through many minds (2019) reflects upon the issues of provenance, museum collections, and museological display, activating Indigenous cultural belongings kept in storage through relation and movement.

Finally, the politics of visibility and social space are represented in videos, installations, and sculptures that examine cultural inheritance and the role of history and the state in systems of oppression. Jeneen Frei Njootli’ Fighting for the title not to be pending (2020) is composed of the artist’ weight in beads, which can be found in various cracks and corners throughout the Museum. Fighting articulates a dichotomy of absence and presence, alluding to the ongoing disenfranchisement and violence against Indigenous people throughout the world. These works are joined by Sandra Mujinga’ speculative exploration of Blackness and visibility in the three-channel video Pervasive Light (2021), and Haig Aivazian’ All Your Stars are but Dust on my Shoes (2021), which considers issues of surveillance and control in the context of Lebanon by compiling found footage following the October 17, 2019 uprisings. 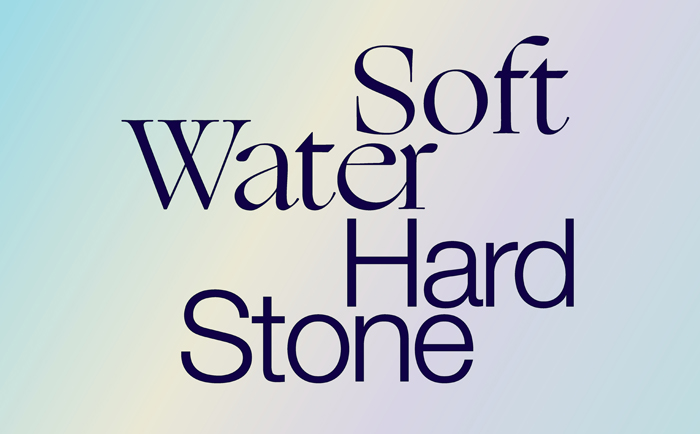