The filmmaker and artist Éric Baudelaire (b. 1973 in Salt Lake City, lives and works in Paris) presents a broad range of works made in the past year at Kunst Halle Sankt Gallen. Pressing issues of the present form the thematic material for the productions by the artist who was awarded the Prix Marcel Duchamp in 2019. Baudelaire’s research-based practice is informed by his interest in an artistic language probing a reality molded by systems of representation that structure contemporary societies and our individual experience. For the exhibition, Baudelaire creates a spatial video installation and other works in which the flower—real and metaphorical—serves as a starting point for exploring the human condition in this moment of global crisis.

Eric Baudelaire, This Flower in My Mouth, 2021. Courtesy: the artist and Kunst Halle Sankt Gallen.

The centrepiece of the multi-channel film in the first part of the exhibition is set in Europe’s largest refrigerated building where 46 million flowers, flown in from farms in Africa and South-America, are sold at auction every morning. Work in the hangar is filmed in a hypnotic form of visual anthropology that is at once seductive, because flowers can be beautiful, and terrifying, because the scale of this globalized trade is ecologically troublesome. The documentary sequences are framed by the presence of a fictional observer who roams the streets at night, inspired by a character in a short play by Luigi Pirandello, L’Uomo dal Fiore in Bocca (1922) (engl.: The Man with a Flower in His Mouth). The flower, which also gives the show its title, refers to an epithelioma: a tumour that was an incurable disease at the time Pirandello wrote the play. The protagonist, feeling death upon him, projects himself through conversations with strangers into the minute details of a world he observes intensely as a way of escaping his pending fate. Pirandello’s play serves Baudelaire as a backdrop and point of departure to create a narrative structure in which our relationship to the world and its finitude is explored.

Fleeting moments and cyclical processes form a grid in the exhibition. The ephemeral lifespan of the flowers contrasts with the seemingly endless mechanical cycle of the market, a sign of vulnerability inherent in nature and society. Statistical data collected during the pandemic, which Baudelaire translates into sculptural wax reliefs, extend his formal explorations, creating a loose poetry of flowers, pending catastrophes, disease and economic processes while raising the question of their representation. By projecting images that shape our perception of reality onto various planes, Baudelaire allows us to make our own network of connections, not as the illusion of a whole, but as fragmented, painful and lyrical layers. 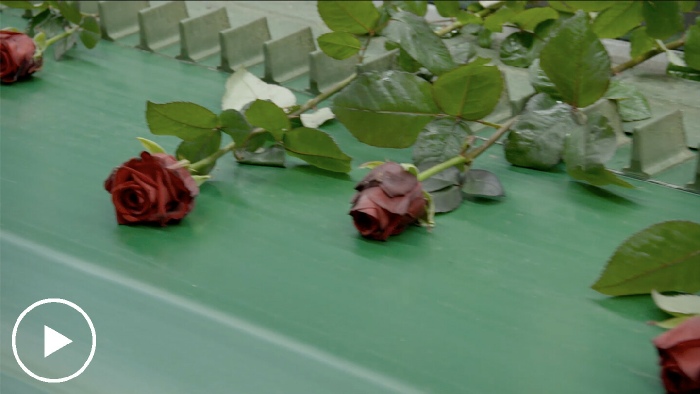