The Musée cantonal des Beaux-Arts de Lausanne is hosting a major solo exhibition dedicated to Francis Alÿs (b. 1959 in Antwerp, lives and works in Mexico City). Curated in close collaboration with the artist, As Long as I’m Walking features works spanning the artist’s whole career and is structured around one of the central themes in Alÿs’s practice, namely walking.

Alÿs has been walking for over 30 years. He began doing so in Mexico City, his home since 1986 where he has filmed the largest number of his walks; others have taken place among others in the cityscapes of Havana, London, Venice, and Jerusalem. Alÿs is indisputably the artist-as-walker, exploring and re-imagining cities in his itineraries. Like other artists before him, from Vito Acconci, Mona Hatoum, and Hélio Oiticica to Lotty Rosenfeld, Adrian Piper, and stanley brouwn, urban space is his favorite terrain, sometimes along with roads that mark borders, far more so than the rural space foregrounded by the Land Art artists and the Romantic poets before them. The city is his material; his moving body and the rules of the game he sets himself are his tools, while the film captures the traces of what happened.

As Rebecca Solnit writes in Wanderlust: A History of Walking, “thinking is generally thought of as doing nothing in a production-oriented culture, and doing nothing is hard to do. It’s best done by disguising it as doing something, and the something closest to doing nothing is walking.” Alÿs’ seemingly anodyne walks are a way not only of thinking the city, but of forging narratives, circulating rumors, and mapping its social fabric in actions that can be short- or long-term, alternatively pulling and pushing, carrying an accessory that acts as a clue to the reading of the fable spun by the moving body. The mere fact of taking a seemingly aimless stroll around urban space maps it afresh, imperceptibly reshaping the social dynamics at play across it. Alÿs always works by means of allusions, with remarkable precision and economy of means, preferring a poetic multiplicity of meanings to straight-out political commentary.

While Alÿs figures as a protagonist in most of his early videos, he moves behind the camera in a series of works begun in 1999, the Children’s Games. In these he films children playing, always outdoors, usually in groups, sometimes alone—musical chairs, kites, marbles, sandcastles, rock paper scissors, and other familiar games. Watching the children at play, it is tempting to read the artist’s urban peregrinations as attempts to rediscover the naturalness of child’s play, an activity as profoundly essential as it is radically free, where stories are written, bonds forged, and space tested. These videos, shot in a number of countries, also give the artist an initial approach or entry point when dealing with new, unfamiliar situations or contexts. During his first trip to Kabul in 2010, for instance, Alÿs observed children playing and filmed one of their favorite games, which was the inspiration for Reel-Unreel (2011), one of the core works to come out of his explorations in Afghanistan. It is featured in the Lausanne show along with paintings and works on paper. In this project, as in his city wanderings, the artist reveals the deeply subversive potential of play and fiction, while making it possible, short of refashioning reality, to imagine and see it differently.

Curated by Nicole Schweizer, curator of contemporary art at MCBA, with the assistance of Elisabeth Jobin, assistant curator. 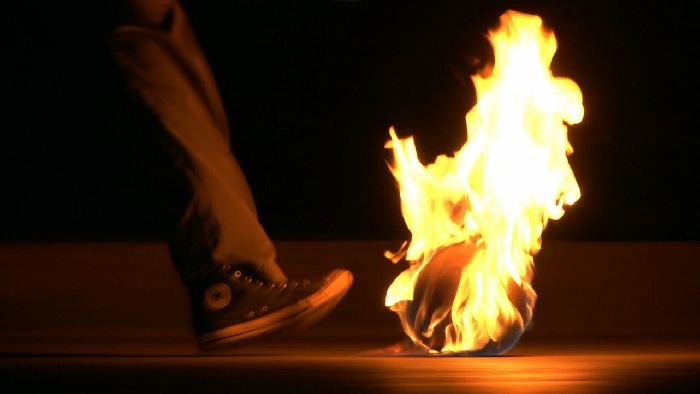