We see a vast expanse of ice with a solitary figure in the middle, trudging along as a huge icebreaker approaches. The short film Nummer acht by Guido van der Werve leaves an indelible impression. Over the past two decades he has amassed an absolutely unique body of work, centred on a personal and philosophical approach to his grand dreams and on a sense of wonderment at the banality of everyday experience. Eye now proudly presents the first retrospective of Van der Werve, featuring a broad selection of his films as well as new work. The exhibition is accompanied by an extensive publication and an in-depth programme in the museum’s cinemas, compiled together with the artist.

International Archives 1st half of 2022

Romanticism, nature and the sublime are never far away in the world of Van der Werve. We see the central figure, played by himself, as an insignificant and solitary individual in a landscape that overwhelms him. He hikes through spectacular mountain scenery, swims in a majestic river or plays piano on a raft floating across a northern European lake. He also spends a full 24 hours standing on the North Pole as the earth revolves beneath his feet.

Van der Werve often films his extreme physical exertions, in which he battles with himself. His accomplishments include an epic triathlon in which he swims, cycles and runs between the church in Warsaw where Chopin’s heart is buried and his official grave in Paris, and a twelve-hour ultramarathon around his own house in Finland. The central figure in his films also has to endure extreme cold, fire and loneliness. In the process, we gain insight into an extraordinary and fascinating life. His extreme and exhausting exploits provoke existential questions about the meaning of life and the utter futility of existence.

His films combine autobiographical elements with themes such as classical music, endurance sport, chess and nature. Van der Werve, himself a gifted pianist, composes the music for many of his films. His work, depicting a tiny figure surrounded by overwhelming nature, is often associated with Romanticism. But besides extremes and melancholy, the films are sprinkled with dry wit.

Van der Werve is currently working on a new film, Nummer achttien, prompted by his involvement in a serious traffic accident. Highly autobiographical, the film deals with, among other things, his difficult rehabilitation process. The exhibition also features new work taken from Nummer achttien.

Guido van der Werve, Nummer vier, I don't want to get involved in this. I don't want to be part of this. Talk me out of it, 2005. Courtesy of the artist and GRIMM Amsterdam | New York. 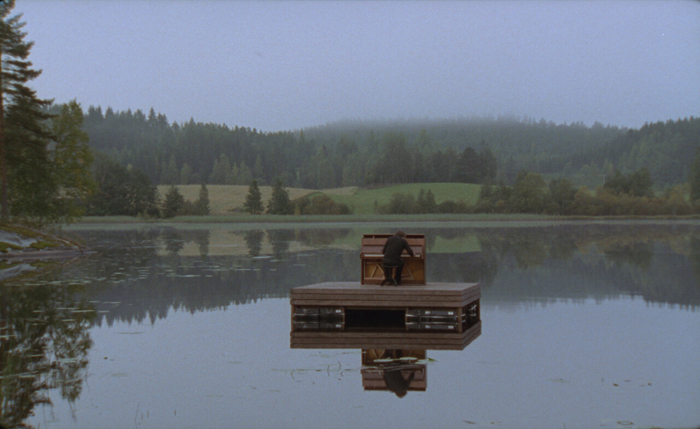