SESC Pompeia has just opened Fabricação Própria (In-house Production), a show that presents an overview of the work of Brazilian artist Lotus Lobo (Belo Horizonte, 1943) which features historic and contemporary works, covering a time span of more than 50 years of a unique and fruitful production. The exhibition presents well-known works along with others being shown here for the first time, along with records of actions carried out in the late 1960s and a set of lithographic pieces belonging to the artist’s personal collection.

Still little-known internationally, Lobo’s work is intimately linked to the practice of lithography, a technique she experiments with, reinventing it in multiple ways. Her career began in the ebullient period of the late 1960s which saw the rise of a series of experimental initiatives connected to dematerialization and to public participation, running against the grain of the severe political repression and violence imposed by the dictatorship that ruled Brazil at that time. In 1969, she created “litho-objects” for her participation in the X Bienal de São Paulo, which are prints on a manipulable support, expanding the possibilities of the medium. In 1970, she participated in the emblematic event Do corpo à terra organized in Belo Horizonte, by critic Frederico Morais, with the intervention Plantação.

The combination of industrial and manual techniques has marked Lobo’s work from the 1970s onward, coupled with a connection to her birthland, the Brazilian state of Minas Gerais. Characterized by a production of export commodities since the colonial era, in the 19th century the region became specialized in coffee production, which spurred the production of foods derived from milk and sugar. In trips to the state’s interior, the artist visited old lithographic print shops that operated within the small food factories, collecting their old lithographic print blocks from the period spanning from the 1920s to the 1950s, thus beginning to form a new repertoire. She started to produce prints through the appropriation and manipulation of the brands/packages of butter, lard, cheese and sweets that illustrate an entire history and geography of the beginning of industrialization in Brazil. The prints convey a graphic language and cultural context through a range of typographies with the names of places and people that title the brands and drawings of flora and fauna, suns, light rays, stars, stripes and ornaments.

Blurring the border between the authorial and anonymous work, between industrial patterns and artisanal singularities, between refined and popular, the works by Lotus Lobo enlarge the concept of printing and edition. “The artist breaks away from the principle of lithographic reproduction and produces limited editions of one, operating with different types of material supports and impressions,” according to Marcelo Drummond, an artist and curator of the show. The exhibition therefore sheds light on the relationship between art and industry in the artist’s work, a relationship very dear to Sesc Pompeia, in São Paulo. Its facilities, which have been called the Sesc Factory of Pompeia, were inaugurated in 1982 in an architectural complex designed by visionary architect Lina Bo Bardi (1914–1992) in which the original designs of the buildings, including one in the form of a citadel, were largely preserved. The site was originally a steel drum factory.

Operating on different fronts, Lotus Lobo has also worked as a printmaking teacher, having participated in the training of at least two generations of artists in Belo Horizonte, a creative pole that has given rise to many outstanding artists in Brazil. She is still active in the preservation, restoration and cataloging of the lithographic memory of Minas Gerais, maintaining and spreading awareness about a collection of significant historical interest, part of which can be seen in this exhibition.

SESC – Social Service of Commerce is a private, nonprofit institution created in 1946 by businesspeople in the commerce and services sector from all over Brazil. In the State of São Paulo, SESC has 42 centers providing public access to culture, education, sports, leisure, and health. SESC São Paulo’s actions are oriented by its educational aim and its striving for social welfare based on a broader understanding of the term culture. 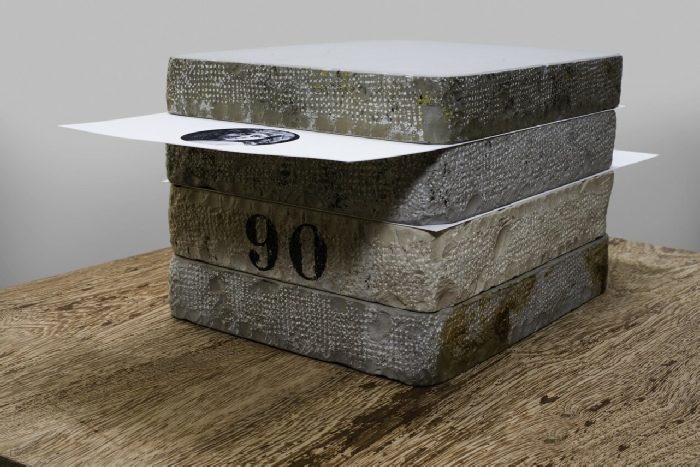