Through their collaboration dating back to 2009, Moon Kyungwon & Jeon Joonho have been exploring the relationship between the human society and art by throwing the fundamental question of “what does art do” in the rapidly changing world and crisis that humanity faces including contradictions of capitalism, historic tragedies and climate change. Their representative project, NEWS FROM NOWHERE, has been inspired by the eponymous utopian novel authored in the late 19th century by William Morris (1834–1869), who led the Arts and Crafts movement in the UK. The project premiered at Kassel Documenta 13 in 2012, and has also won the Korea Artist Prize 2012 held during the same year at MMCA as well as the Noon Award at the 9th Gwangju Biennale. For the past decade or so, the project has been unfolded globally in various forms - media, installation, archive, multi-disciplinary research and workshop, publication.

Through the MMCA Hyundai Motor Series 2021, Moon & Jeon aim to present a new chapter of NEWS FROM NOWHERE: FREEDOM VILLAGE fully commissioned by MMCA and Hyundai Motor based on the only village that lies on the South Korean side of the heavily fortified Demiliterized Zone (DMZ)—Daeseong-dong, also known as “Freedom Village.” The village, which is not even marked on the navigation system, has spent the past 7 decades without being a part of either South or North Korea since the signing of the Armistice Agreement in 1953 after the Korean War. The two artists focus on the deformed nature of the village that has resulted from the confrontation and tension of human history, moving beyond the perspective of viewing it as a distinctive location resulting from the unique political situation of the Korean Peninsula. At the same time, they have expanded the project to also reflect the reality that the world faces today as we grapple with the global pandemic which is leading to increased isolation in many ways. The project shows that the Freedom Village, which has been isolated for a long time as one that exists but does not at the same time due to the ideological conflict of the past, reflects the present and future of our society while continuously changing and repeating within our daily lives.

MMCA Hyundai Motor Series 2021: Moon Kyungwon & Jeon Joonho – NEWS FROM NOWHERE, FREEDOM VILLAGE aims to expand the scope of visitors’ imagination by enabling them to travel across the boundaries of reality and fiction through images and videos made based on actual archives and fictions on the history of the village. In addition, a large public platform named ‘Mobile Agora’ will invite experts from every corner of life to discuss issues related to the exhibition. There will be a total of four sessions held as part of the Mobile Agora with project partners, researchers and professionals from various fields’ architecture, science, design, humanities, and so on. They will discover what has caused the crisis that the humanity faces now and explore the alternatives for the future. 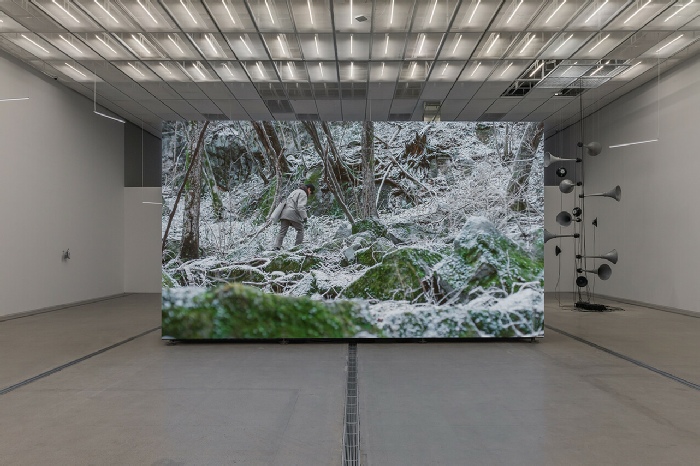