As part of Artissima, on Friday November 4, 2022, the PAV is pleased to announce the opening of Tierra, the solo exhibition of the artist Regina José Galindo, a Guatemalan artist who, for over twenty years, has been investigating the subject of social justice through the lens of performative practices whose expressive focal point is the relationship between the body and the environment. The exhibition, curated by Marco Scotini, follows on from those by the Indian artist, Navjot Altaf, and the Indonesian artist Arahmaiani in the investigation of the specific relationships that exist between environmental exploitation and oppressed peoples, decentralising the gaze as it goes beyond the geographical and cultural boundaries of the so-called West.

The exhibition covers Galindo’s twenty-year-long career (Leone d’Oro at the 51st Venice Biennale as best young artist), focussing on the ways in which every one of her contacts with natural elements should be read in an intersectional and militant key. Amongst all the natural elements, the earth has a particular status of its own: Galindo’s approach avoids any essentialist description of the relationship between the earth and the female body. The itinerary displays the results of an approach that has evolved over the years, from an initial focus on Guatemalan socio-political problems, to a (site-specific) attention to the contexts and communities with which the artist has found herself interacting.

Regina José Galindo uses the body as the preferred instrument of an intense artistic practice which began towards the end of the 1990s. Far from the formal type of research performed by the traditional art schools, Galindo immediately used art as a means of communication and political action. Born and brought up during the long Guatemalan military dictatorship, she was a witness from a very early age of the civil war characterised by repressive practices through to the ethnic cleansing of the indigenous populations.

The physical and conceptual heart of the exhibition, Tierra (2013) testifies to the trauma that innervates the people’s memories. A trauma in which the earth is the barycentre of crimes carried out by attacking bodies—the mechanical digger that digs a ditch around Galindo’s body alludes to the mass graves into which the military threw both political opponents and indigenous people—on both political and economic levels. Equally, in Mazorca (2014), the predatory and violent act represented by the mechanical digger turns into four men with machetes who cut down the plants around the artist’s body as she stands in the middle of a field of maize. The military’s repressive strategies include precisely the destruction of the fields that are fundamental for sustaining the indigenous population. With Galindo’s exhibition, the PAV Parco Arte Vivente states that sensitivity to ecological issues can in no way be separated from a radical analysis of the economic and political powers of contemporary capitalism.

Regina José Galindo (1974) lives and works in Guatemala City. Winner of the Leone d’Oro at the Venice Biennale in the young artists category in 2005; she received the Prince Claus Award in Holland, the special award at the 29th Ljubljana Biennale and the Robert Rauschenberg Award. Her works are on display in numerous public collections, including the Centre Pompidou, Paris; MEIAC- the Museo Extremeño e Iberoamericano de Arte Contemporáneo, Badajoz; the Fondazione Galleria Civica, Trento; the MMKA, Budapest; the Castello di Rivoli, Turin; the Daros Foundation, Zurich; the Blanton Museum, Austin; the UBS Art Collection, Basel; the Miami Art Museum; the Cisneros Fountanal Art Foundation, Miami; and the Madco-Museum of Contemporary Art, Costa Rica.

The exhibition has been realised with the support of the Compagnia di San Paolo, the Fondazione CRT, the Regione Piemonte, and the City of Turin. 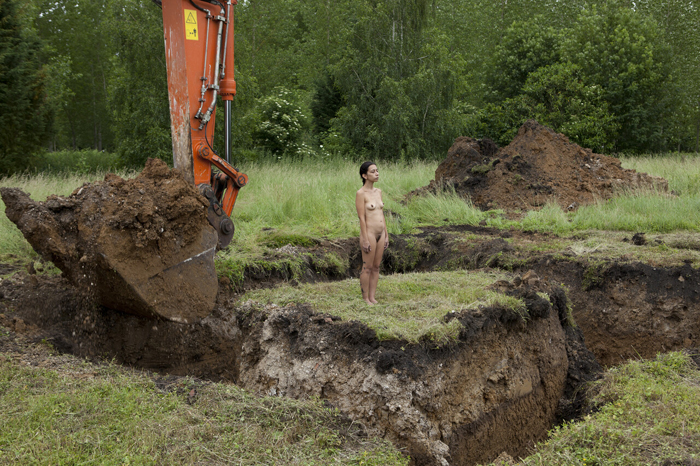