From 2017 to 2021, the Danish artists’ group SUPERFLEX has been realising a total of five projects at the Kunsthaus Graz. In 2017 they began with C.R.E.A.M., the fetish ATM at the heart of the Kunsthaus foyer. In 2018 SUPERFLEX realized Free Shop in Graz, then Number of Visitors in 2019, with Lost Money following in 2020. These projects are dedicated to the fetishization of money, the strict rules of economy-based societies as well as the reversal of money transactions.

SUPERFLEX, As A Fog, Sometimes As A Tsunami 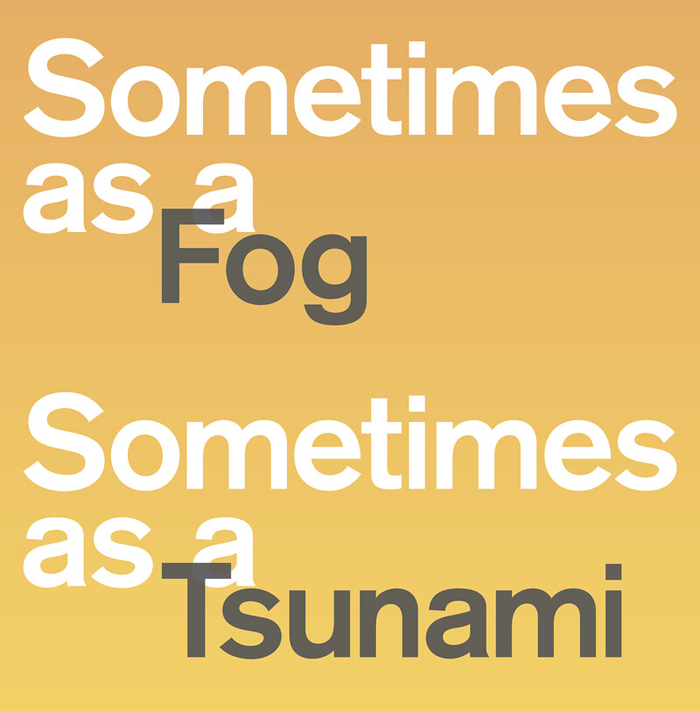 The cycle concludes with a solo exhibition entitled Sometimes As A Fog, Sometimes As A Tsunami in 2021, focusing on the instability of capitalism inherent in the speculative nature of financial markets and instruments. In and with the show SUPERFLEX examine the dissolving factor of capitalist-oriented action on society. In this context, capitalism appears as a fluid force that seeps into every crack and corner of the world—“sometimes as a fog, sometimes as a tsunami.” The exhibition forms a hinge between a series of works critical of capitalism, with which SUPERFLEX became known, and those of the more recent past, which expand notions of community and collaboration insofar as the inclusion of plants and animals is intended to open to a new form of coexistence between species.

Sometimes As A Fog, Sometimes As A Tsunami is accompanied by a publication, designed by Rasmus Koch Studio, that places the works on display in a larger discursive context and conceptually reflects SUPERFLEX’s interest in value systems.