The inaugural Beijing Art and Technology Biennale (BATB) will be held at 798CUBE from September 22, 2022 to January 31, 2023. With its theme Synthetic Ecology, this inaugural edition will be directed by Xiewei Song and Hera Lee, and curated by Xiaowen Chen and Naiyi Wang.

Ecological degradation, global warming, climate change, and the limits to growth...these consequences tell us that the earth is not an entity that can be idly subject to human whims. In the age of accelerationism, a time of continuous technological development and expanding self-awareness, humans have realised the necessity of coexistence (entanglement) with animals, plants, and matter. When British scientist James Lovelock first proposed the Gaia hypothesis in the 1970s—nvisaging the earth as a super-organism—t ushered in a new way of understanding life that considers the earth as an “live”entity, able to self-regulate and maintain the stability and continuity of living systems.

The earth is an ecosystem, of which we are entangled in overlapping ecologies of nature, society, and spirit. The paradigm of the Enlightenment has obscured ecology to allow us to believe that it is supposedly untouched and undeveloped; abandoned of all references to actual nature. This is what British philosopher and ecologist Timothy Morton calls “yperobjects”or “cology without Nature.”The loss of the natural dimension of ecology has given rise to a special way of thinking, allowing us overhaul opposing concepts in dualism (culture/nature, subject/object, human/non-human), to further explore technoscience and naturecultures that are more-than-human.

This first edition of the Beijing Art and Technology Biennale (BATB), titled Synthetic Ecology, aims to explore the entanglement of life in symbiontics. As a metaphor, “ynthetic”probes the possibilities of reconfiguring nature by examining the post-human ecological imagination, forming a new ontological approach to equality. This concept questions the dominant position of human beings in ecological systems, confronts the dynamism of all things on earth, and re-examines these complex and intimate interconnections. Synthetic Ecology is composed of three parts: Radical Nature, Entangled Life, and Interwoven Evolution. Expanding the horizons of our thinking from human/society to everything/universe, these concepts ponder the possibilities of future evolution from both planetary perspective and planetary scale.

The emergence of new technologies in the present time has led to a new ecological view of “yper-nature.”The divide between the natural and artificial has been largely dissolved by developments in science and technology. We are creating a world that is governed by neither natural forces nor scientific logic, but rather the interwoven powers of the two. Neri Oxman employs biotechnology, material science, and digital fabrication to design our own natural ecology, in which “he natural”and “he artificial”are entwined. Alexandra Daisy Ginsberg digitally resurrects an extinct species, bringing it back to life in an artificial environment. The power of science and technology gives “xistence”a new standard, as a calling for an alternative reality.

Rosi Braidotti describes the post-human condition of the present world as a nature-culture continuum. Patricia Piccinini’ artwork stresses the heterogeneity of life forms—his respect to hybridity reveals our symbiogenesis, our shared woes, and our communion with all things. Investigating the mechanism of life at the cultural level, Oron Catts and Ionat Zurr rethink the future of living phenomena by reproducing Leduc’ experiment to create “rotocells.”Terike Haapoja’ gaze on life calls for reaffirming radical ideas about “eing,”in the moments of life and death.

Since the time of stardust, evolution has never disconnected “human”and “non-human.” We need to rethink the interdependent relations among oneself and a plant, a grain of dust, a stream of water, or a cluster of stars, and thus delve into the ever-changing properties of ecosystems themselves. To listen to Gaia and feel reverence for the universe—ike Liang Shaoji, who has kept silkworm companions for over 30 years, or Rimini Protokoll’ dark prophecy of a jellyfish future. Špela Petrič invites us into a linguistic world of plants, to read their “ilent words.”All these other-than-human encounters not only respond to Karen Barad’ idea of entangled existence, but also cultivate a planetary consciousness that contemplates the possibilities of future evolution.

The BATB takes the form of a constellation of exhibitions and initiatives, and brings together 50 renowned artists, scientists and ecologists from all over the world to respond to the salient symptoms of our “ntangled era,”where calamity and vitality are contemporaneous phenomena. The Biennale will feature the China-debut of 25 artworks, with 15 new pieces created during 2021–022. In addition, the Climate Clock project, which was presented at the 26th United Nations Climate Conference in Glasgow in 2021 (COP26), will also participate in the Biennale. This is the first time this pressing, reflective work will be shown in China.

Together with the thematic exhibition, the Biennale launches the special project Climate Care, to be among the first initiatives in China dedicated to exploring the convergence of art, technology and climate change, while seeking to evoke action on the climate crisis in all its facets. Since its inception, the Climate Care initiative has continued to promote innovative movements, launching Climate Clock #ActInTimeChina, the Climate Declaration series, with the Climate Negotiation program coming during the 27th UN Climate Conference (COP27) from November 6–18, 2022. The newly commissioned projects from Carla Chan and Entangled Others (Sofia Crespo and Feileacan McCormick) will be launched alongside the initiative. Furthermore, Climate Care seeks to bring together Web3 and blockchain technology to build the Climate DAO, opening up new pathways for climate action. 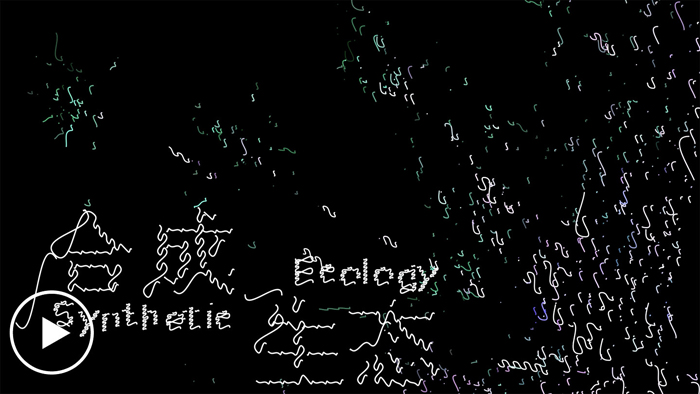