Tomas Saraceno’s solo exhibition Oceans of Air is now open at Hobart’s Museum of Old and New Art, curated by Emma Pike and Olivier Varenne under the oversight of director of curatorial affairs Jarrod Rawlins and museum founder David Walsh. In this exhibition, Saraceno sought to collaborate with indigenous curators and practitioners, continuing his interest in embracing local environmental and artistic concerns as a means to explore the broader struggles facing the planet.

On view are works from previous collaborations, including his “Arachnophilia” works which incorporate materials woven by spiders and his “Aerocene Pacha” project which was realized in conjunction with the communities of Salinas Grandes, Argentina, alongside new works which engage with the ecology and culture of Tasmania.

Rather than a typical exhibition catalogue, the publication Tomas Saraceno: Oceans of Air will be released to explore Leaf, Leaves, Life, Lives, the new artwork commissioned by Mona specially for this exhibition. When Tomás first visited lutruwita (Tasmania), he was struck by how its plant life reflects intersecting Aboriginal and colonial histories. In the artwork, delicate crinkle-cut leaves from Nothofagus gunnii, known as the tanglefoot beech or ‘the Fagus’ (an ancient Gondwanan species, and Tasmania’s only native deciduous tree), are seen alongside those of both native and introduced plants collected in the grounds of Mona and further afield. Some of these leaves were collected from the aftermath of bushfires and cultural burnings, while others are pressed like botanists’ specimens after having been picked and dried, and still others gathered having fallen naturally from the plant. It’s a continuation of Tomás’s work with leaves and other foliage, such as when he picked and pressed poppies growing from poisoned earth around his Berlin studio, built on the site of a former factory famous for making photographic film and dye. 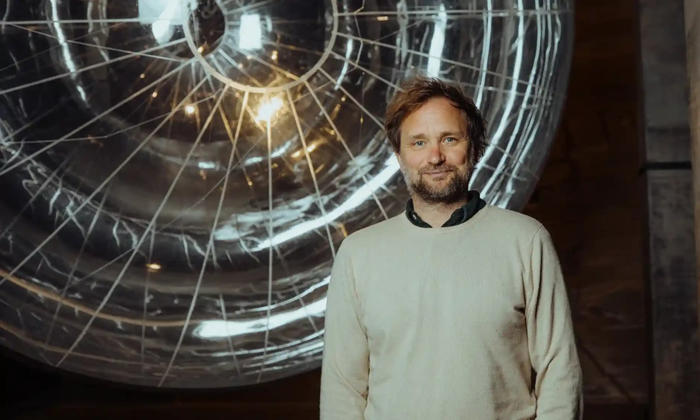